I am writing this awareness as there is still not a lot known about Myalgic Encephalomyelitis, also known as Chronic Fatigue Syndrome, but it is also referred to as ME/CFS for short. It is characterized by a range of neurological symptoms, that causes muscle pain with intense physical and mental exhaustion., with relapses and cognitive disabilities. Symptoms vary from person to person and the severity can change on a daily basis, it can even happen within a day.

The doctors’ do not know enough about this condition. I am trying to spread the word to let other sufferers and their carers know that they are not alone. Even if your doctor or family members turn there back on you because they don’t understand what you are going through. We won’t turn our back on you, as we know how difficult it can be. I have written our personal story below from a carer’s perspective.

We were a normal everyday family, doing all the things that families do. It wasn’t until my daughter fell ill at twelve years old, that everything fell apart. It would start by her sleeping for two weeks at a time. It really worried me in the beginning, especially with the amount of time that she was sleeping, especially when she was never one for lie-ins. I had to wake her up throughout the day just to get food and drink into her, so she didn’t dehydrate or starve to death.  As soon as she had eaten and had some drink, she would go straight back to sleep. 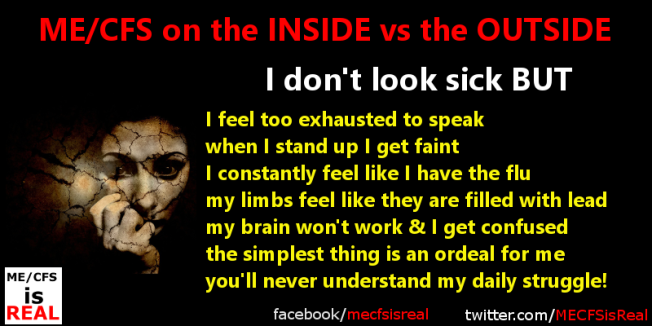 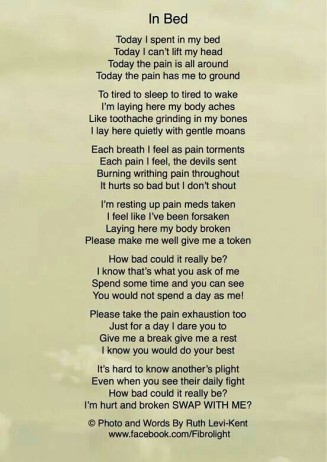 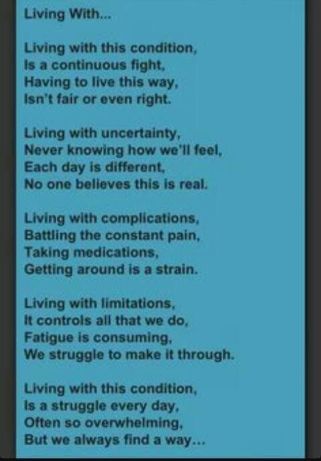 Next came the headaches, followed by sensitivity to light and sound. When her headaches started, I put it down to another migraine, which she has always suffered with, since the age of two. She would get them once a year for two to three weeks straight, but with the help of the prescribed medication it soon got them back under control, By the time she was eleven the headaches had become more frequent, then they came every month to having headaches all the time, the medication that had once helped to control them, did nothing to help her. Now she as headaches all day every day with no let-up.

She cannot stand bright light of any kind, so when we go outside she has to wear sunglasses all year round. In winter time it is especially difficult for her as people stop and stare because she is wearing her sunglasses even when its raining or snowing outside. We would prefer them to come up and ask why is she wearing them to just pointing and staring. When she is at her worst we have to live in the dark because it becomes that unbearable for her to have any form of light on.

My daughter cannot tolerate any loud or sudden noises. When it first started she would wear earmuffs to drown out the noise because it became so unbearable for her. If there was a loud bang outside or a motorbike revving up, or even the lawn mower going, it would make life difficult for her. I would try everything and anything to drown out the noise, all the while I am sat there comforting her, to try and calm her down. You could just see all the pain that she was going through. it was etched upon her face. I wanted to take all the pain away, just like I could when she was little and she had scrapped her knee, one kiss always made it better, but this time I couldn’t make it all better for her. 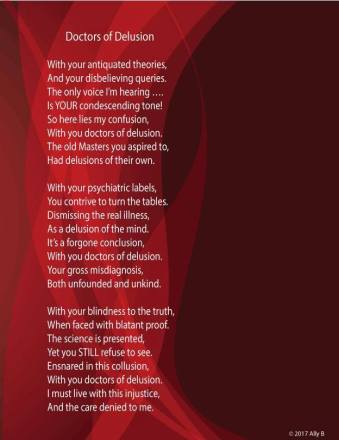 In the beginning, she had days where she would fall down the stairs on numerous occasions, so now I make sure that I am there with her, to catch her before she hits the ground. I am thankful that she never did herself any damage. She falls down at the drop of a hat, it can be anywhere, anytime, without any warning.  She uses a wheelchair when we go out, as she just hasn’t got the energy to walk very far, but she always as a choice if she wants to walk for a little bit, but the chair is always on hand for her when she gets tired and needs to rest.

We had been to see our GP to try and find out what was causing her to sleep for long periods of time, as well as constant headaches, and why light and noise was very painful and became troublesome to her. The GP sent her to see a specialist in pediatrics, it was there she had various tests which were done at various hospitals, once all the tests had come back, they said everything was okay, it was then, that they first mentioned her having ME/CFS, but it was soon pushed aside. Never to be mentioned again.

By the time she was thirteen she was violently being sick, she couldn’t keep anything down, that included water, and as a result, lost a lot of weight, I didn’t realize it then, that it was the certain food, and drink that was causing this, and that she had an intolerance to them. We were back and forth to the doctors, trying to stop her from being sick and wanting answers to what was wrong with her. The answer was always the same, is she making herself sick. It made me so angry for them to even suggest that especially after I had already said that it would come out like a fountain, with no warning.  I had to get through loads of obstacles and barriers that were put our way. Especially when all they could see was, oh she must have an eating disorder. Even the specialist we saw that merely mentioned ME/CFS was consumed by the idea she was doing this to herself, but I knew different.

I fought for her all the way, as she didn’t have the strength to do it herself. I was the voice that she needed to speak on her behalf. By the time she was fourteen she had lost so much weight, so in the end, they did the unthinkable and put her in a children’s hospital because she was a danger to herself, they kept an eye on her day and night, she wasn’t allowed to do anything, not even come home. It broke my heart every day when I saw her. She would beg me to take her home, I felt so powerless, as no matter what I said to the doctors or nurses, they thought I was lying to cover it all up, they were so blinded by what they saw in front of them than trying to find out the cause. When I was not with her, I was searching the internet night and day trying to find a way to get her home and seeing what could be making her so poorly. I was trying to find answers and doing their job for them. I even arranged for her to have a second opinion.

It was now three years later from the initial mention of ME/CFS, that she was finally diagnosed as having it as well as Fibromyalgia and by then she suffered from both anxieties and panic attacks because of what the medical profession did to her. She is in constant pain throughout her body. I researched the condition as much as I could so that I could learn about ME/CFS. Everything and anything I would read. That was when everything started to fall into place, all that she was going through suddenly made sense. Even today Doctors hardly know anything about it or don’t recognize the condition at all.

We lost a lot since she became poorly, she had lost all her friends and most of our family deserted us or did not believe us about what she was going through, they like the doctors thought it was all psychological or in her head. The family found it hard to accept, just because up until then she was fit and healthy. They couldn’t grasp the idea that someone who was once very active and was into playing all kinds of sports and very much into dance, is now a shell of her former self, even today they still can’t grasp the concept of it. 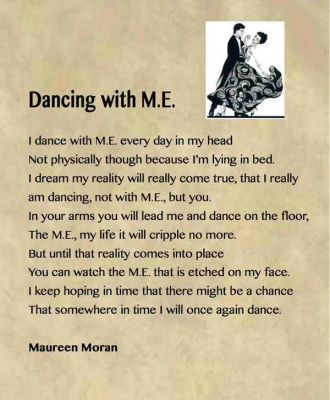 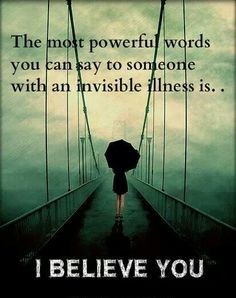 The hardest part for my daughter is that she won’t be able to pursue her love of dance. Since she could remember, dance has been her lifelong dream. To me, she is and always will be an inspiration. For her to go through all that and much more and still have a smile on her face at the end of it.

Below is a list of some of the symptoms that she now suffers with on a daily basis. 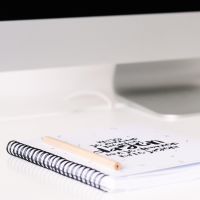 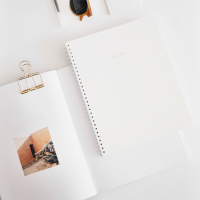 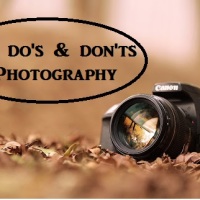 Down at the Library 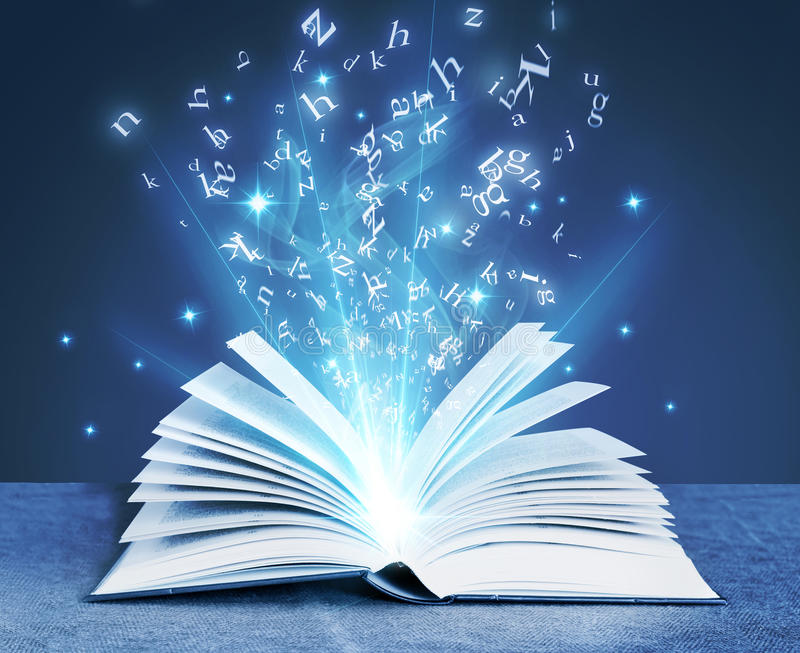 Hi everyone i hope you are all keeping busy and staying well. I thought i would do one of my own poems this week, as its been a while since my last poem, anyway I hope you like it. Down at the libraryIs where I love to be?It is nothing new,For that’s where…You will find […] 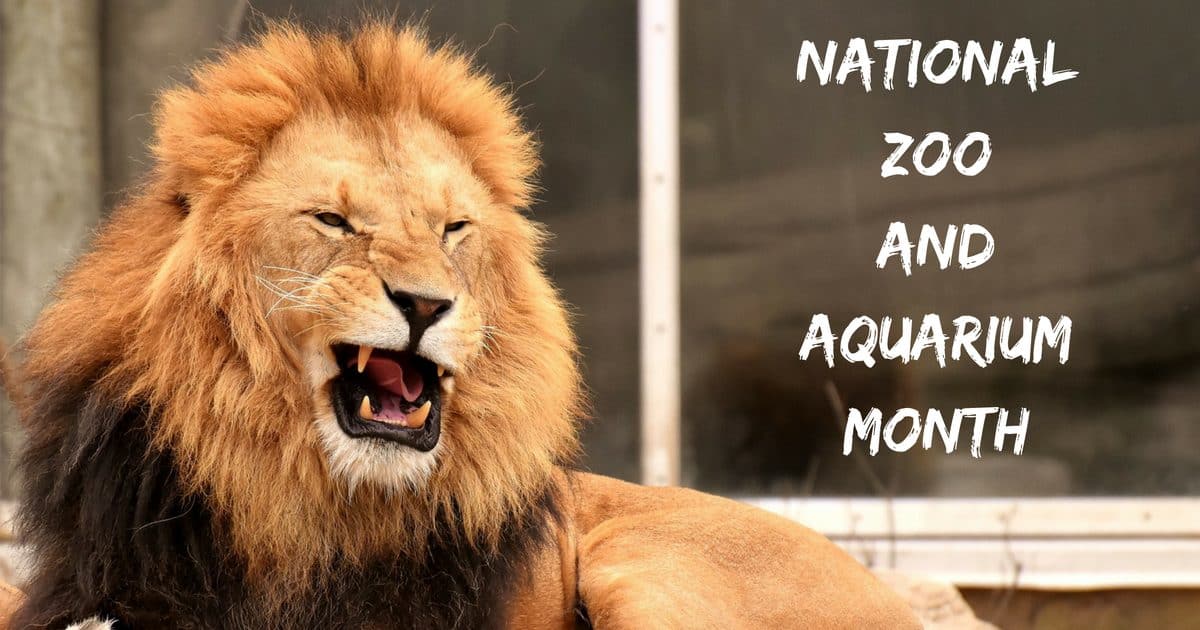 Hi everyone. After listening to the news, I bet there are a lot of people with mixed feelings about the lockdown slowly easing, or that it will soon be coming to an end if you’re like me and you’re concerned about venturing out, especially when there is still no vaccine available, don’t panic you are […]

A Father’s Day to Remember 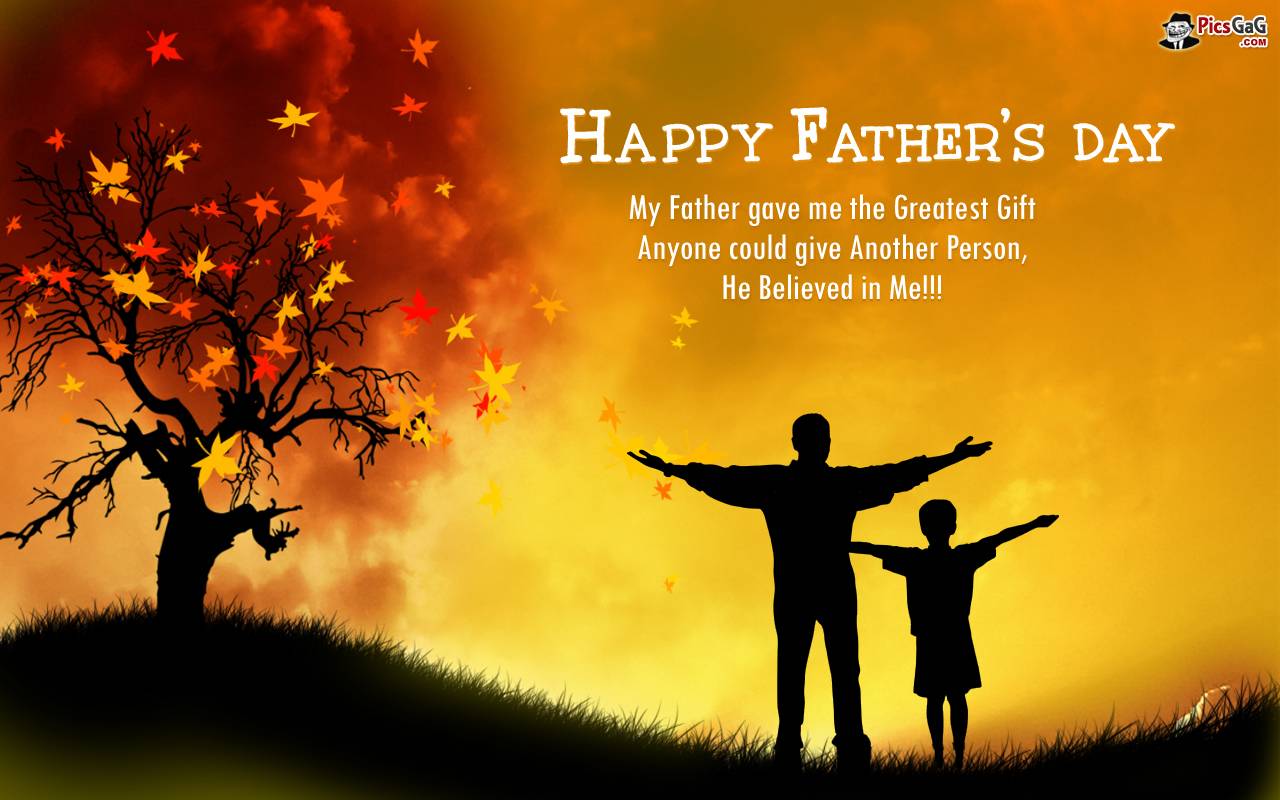 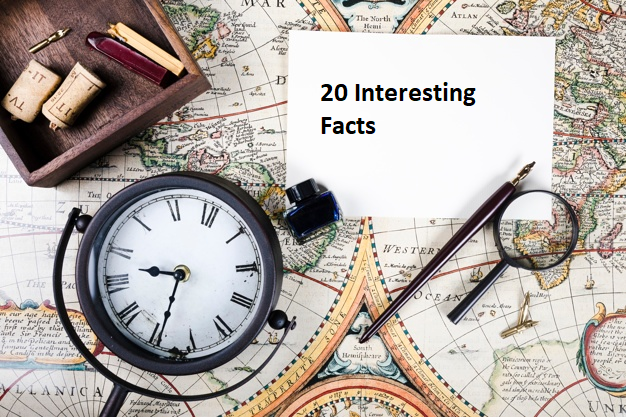 Hi everyone, hope your all enjoying the sun when it does come out. well everything is slowly starting to get back to normal. I should say the ‘new’ normal, because what we once knew as normal as now gone, this is why I thought that I would do my blog on some interesting facts surrounding […]

Hi everyone I am at a loss for words of what to say, so I thought that i would share some of my own thoughts with you. This poem brings great sadness to me as I write this in what is a difficult time for all, but more so for the colored society, when I […]